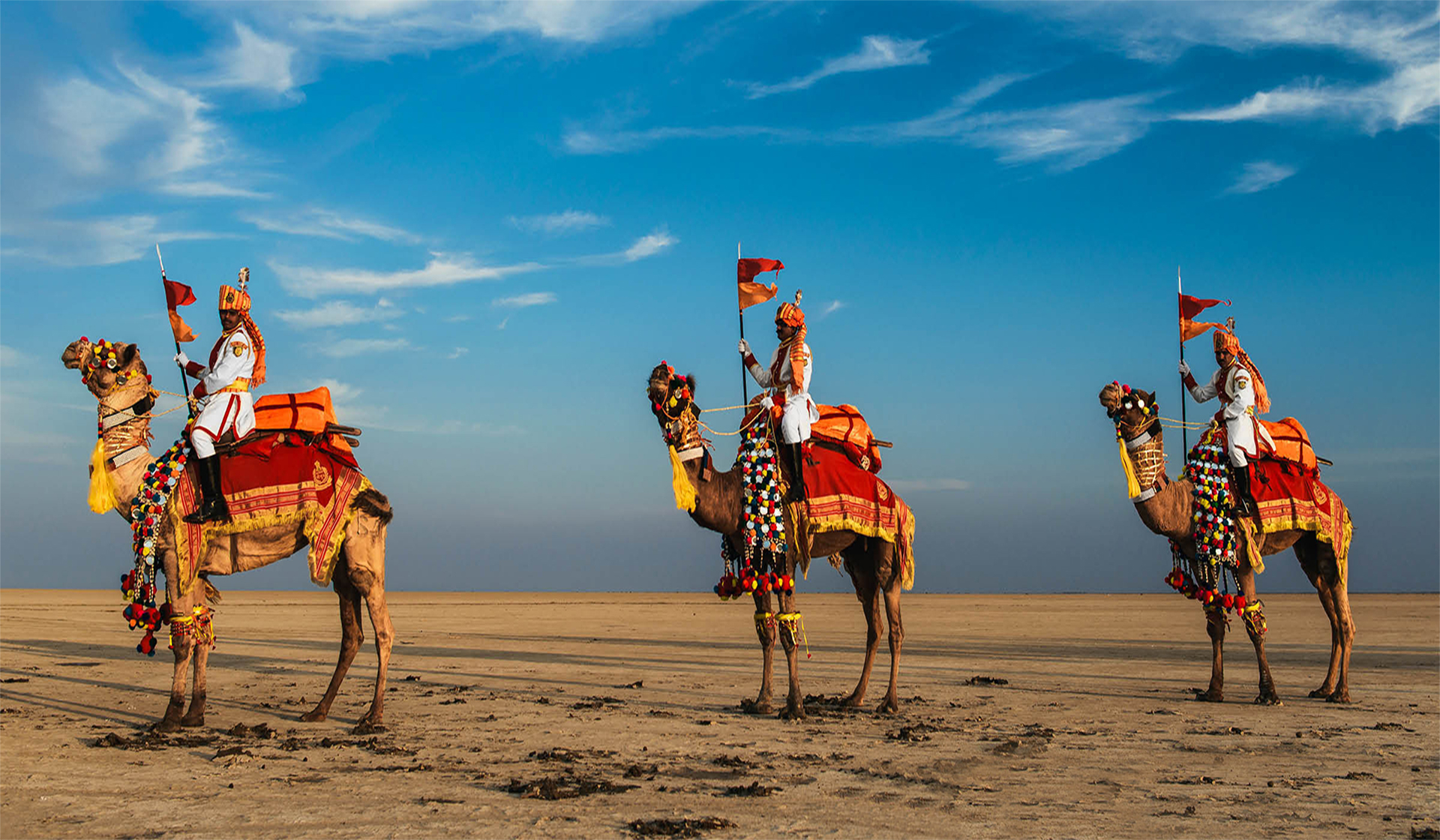 Kutch literally means something which intermittently becomes wet and dry; a large partv of this district is known as Rann of Kutchwhich is shallow wetland which submerges in water during the rainy season and becomes dry during other seasons. The same word is also used in Sanskrit origin for a tortoise. The Rann is famous for its marshy salt flats which become snow white after the shallow water dries up each season before the monsoonrains.

The district is also famous for ecologicallyimportant Banni grasslands with their seasonal marshy wetlands which form the outer belt of the Rann of Kutch.

Kutch District is surrounded by the Gulf of Kutch and the Arabian Sea in south and west, while northern and eastern parts are surrounded by the Great and Little Rann(seasonal wetlands) of Kutch. When there were not many dams built on its rivers, the Rann of Kutch remained wetlands for a large part of the year. Even today, the region remains wet for a significant part of year. The district had a population of 2,092,379 as of 2011 census, of which 30% were urban.Motor vehicles registered in Kutch district have their registration Number starting with GJ-12. The district is well connected by road, rail and air. There are four airports in the district: Naliya, Kandla, Mundra, and Bhuj. Bhuj is well connected with Mumbai airport. Being a border district, Kutch has both an army and an airforce base.